I suppose I would be remiss if I didn’t mention the March 17 statement of the International Committee of the Fourth International, which ran under the headline, “The Greek debt crisis signals a new stage in class conflict“: 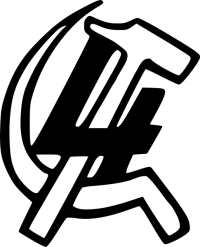 1. The Greek debt crisis marks a new stage in the global recession triggered by the collapse of US investment bank Lehman Brothers in 2008. Governments all over the world reacted by handing over trillions to debt-ridden banks so as to avoid a complete financial breakdown. By moving to make workers pay for rescuing the banks, these governments are acting on behalf of finance capital. Their attempt to set back workers’ living standards by several generations must lead to a tremendous escalation of class conflict within Europe and throughout the world. As Moody’s, the credit rating agency, warned in a report issued on March 15, the measures that governments will be compelled to take in order to maintain the confidence of large global investors “will inevitably require fiscal adjustments of a magnitude that, in some cases, will test social cohesion.” Significantly, Moody’s statement came in a report that warned that debt levels in the United States were dangerously high.

And it just goes on like that. For a while. Really.

One to keep an eye on. Peter Daniels explains:

A three-judge panel of a US federal appeals court has upheld the conviction of outspoken civil liberties lawyer Lynne Stewart, convicted in 2005 of assisting terrorism by transmitting the contents of a press statement by her client, the blind Egyptian cleric Sheik Omar Abdel Rahman, in 2000. Also convicted at that time were Ahmed Abdel Sattar, who is presently serving a 24-year term for assisting the cleric, and Mohamed Yousry, a translator who was sentenced originally to 20 months.

The appellate court also ordered the revocation of Stewart’s bond, and she surrendered to prison authorities on November 19 to begin serving a 28-month sentence.

The latest decision was not unexpected considering the present political and civil liberties climate. An additional ominous note was injected, however, by the judges from the Second Circuit of the US Court of Appeals; they ordered the trial judge, John Koeltl of the Federal District Court, to hold another hearing on December 2 to consider resentencing Stewart to a longer term on the grounds that she had lied at the trial.

Koeltl had shocked the authorities in October 2006 when he sentenced Stewart to a term less than 10 percent as long as the 30 years called for the prosecution. At the time, Koeltl, in part voicing a broad and widespread sympathy for Stewart, especially in New York, called her “a dedicated public servant who had, throughout her career, represented the poor, the disadvantaged and the unpopular” ….

…. A further indication of the mood of the higher court judges was the partial dissent of Judge John M. Walker, who called the sentence “breathtakingly low.” Walker was not satisfied with the majority decision merely sending the case back for resentencing, claiming that it “trivializes Stewart’s extremely serious conduct with a ‘slap on the wrist.'”

Stewart denounced the appellate decision, pointing in particular to the recent decision to try some of the Guantanamo defendants at criminal trials in New York. She said that the timing of the decision in her case, “coming as it does on the eve of the arrival of the tortured men from offshore prison in Guantanamo,” was intended to intimidate lawyers who would be defending these men.

“If you’re going to lawyer for these people, you’d better toe very close to the line that the government has set out,” said Ms. Stewart. Otherwise, she added, you “will end up like Lynne Stewart …. This is a case that is bigger than just me personally.” Stewart’s attorney, Joshua Dratel, said that an appeal to the Supreme Court was possible.