So, right. It’s over. This is our quote of the year. I mean, come on, really: Yes, she said that.

END_OF_DOCUMENT_TOKEN_TO_BE_REPLACED

Make what you will of this one. 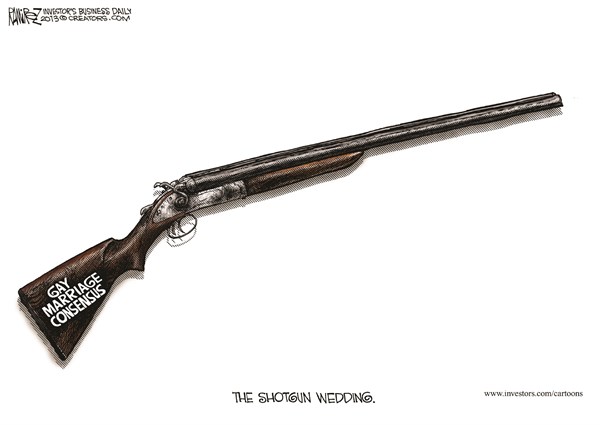 I suppose the shotgun wedding is an obvious punch line; it has percolated for a few days.

END_OF_DOCUMENT_TOKEN_TO_BE_REPLACED

Among the billions of people around the world who are not Catholics, many look upon the papal pomp and circumstance with a certain measure of curiosity ranging from the benign to the banal to the belligerent. The personality cult surrounding the pontiff is a strange enough, given the bland personalities required for such a storied and bound office, but even those who see nothing more than a bunch of old men playing dress-up might take a note about reverence. In tumultuous times that often seem devoid of solemn respect—well, that is the question, is it not?

Modern perceptions of religion are sharply caricaturized. One need not give over to religious belief in order to acknowledge that cynicism toward mystical fantasy need not include derision of ideas like sanctity and veneration. Perhaps this is a classic first world problem, a contrast that stands out clearly amid American affluence; we have the luxury of such discussions.

But the world needs next Medici pope only slightly less than the next Honey Boo Boo; there is only so much modernization critics of the Catholic Church can reasonably demand. Imagine Rick Santorum as pope.

END_OF_DOCUMENT_TOKEN_TO_BE_REPLACED

Would someone please explain what I’m seeing here?

Michael Kindt gets the quote of the day:

I can’t drink like I used to. I actually NEED to sleep. When I was in my 20s, I’d get three hours and be good to go. Sure, I’d be grouchy, but I wouldn’t be physically compromised like now. I have gray in my beard. My manhood still functions, but sticking it everywhere now strikes me as a bad idea. And I have passed the point where bad movies aren’t amusing. They’re just bad movies and my time is more precious than irony.

I hate to admit it, but that really is a good summary of aging. And I’ve yet to achieve forty. But that is beside the point. Believe it or not, his larger point is about the economy. END_OF_DOCUMENT_TOKEN_TO_BE_REPLACED

A special Valentine’s Day edition of Today in Talking Points:

Could someone please explain to me the following?

What the hell is happening to American conservatives? I generally speculate something about neurotic tensions at the breaking point, but my conservative neighbors think that an unspeakably evil form of character assassination.

Just what is going on in Republican America?

At first it seems like a simple notion: If you root against Tim Tebow because he openly expresses his faith, raise your hand. 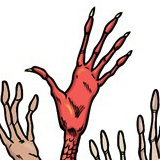 Cartoonist Tim Campbell raises the issue in an editorial cartoon, that he might demonize—quite literally—those who would criticize the Almighty Tebow; the frame includes what appears to be Satan raising his hand.

Yet such questions are not so simple.

Some are disgusted by the idea of Tebow’s greatness, since he’s not actually that good of a quarterback in the context of the NFL; despite his wins, he finished the regular season with a 72.9 rating, which works out to about twenty-eighth in the league, behind such luminaries as Tarvaris Jackson (79.2) of the Seattle Seahawks (7-9), and Colt McCoy (74.6) of the Cleveland Browns (4-12). Tebow’s success, such as it is, owes much to his fellow Denver Broncos (8-8).

And, certainly, there are some among those critics who would focus on the fact of Tebow’s faith alone.

But Tebow’s faith is a Christian faith, and one wonders as he “Te-bows”, much as one might wonder about other players sharing that Biblical faith, when and where Jesus comes into the picture.

In the Sermon on the Mount, Jesus reminds:

“And when you pray, you must not be like the hypocrites; for they love to stand and pray in the synagogues and at the street corners, that they may be seen by men. Truly, I say to you, they have received their reward.

Then, of course, are the rumors that Tebow, in his autobiography published at the ripe old age of twenty-three, distorted the story of his gestation and birth for political reasons.

Which, in the end, makes Tebow’s faith seem more an advertising pitch to increase his monetary value in the American capitalist marketplace. And that might mean that the real devilish work is from those hands not raised in Campbell’s cartoon; the people who would celebrate Tebow’s blatant disregard for the words of Jesus Christ and willingness to deceive people in order to spread the Good News.

To claim otherwise would be like saying fish live under water because they suffer from unquenchable thirst.