Begging your pardon, there are certain things we need to make clear. Let us start with two paragraphs from Judge Edward D. Rubin that bear actual life-altering influence:

The court grants the Petitioners’ Motion for Summary Judgment and denies the Defendants’ Motion for Summary Judgment. It hereby declares that La. Const. Article XII, Section 15 (the Defense of Marriage Act/DOMA) and La. Civil Code Articles 86, 89, and 3520(B) are unconstitutional because they violate the Due Process and Equal Protection Clauses of the 14th Amendment to the U.S. Constitution and Article IV, Section 1, the Full faith and Credit Clause of the United States Constitution. Louisiana’s Revenue Bulletin No. 13-024 (9/13/13) is likewise declared unconstitutional as it violates the petitioners’ rights guaranteed by the Due Process and Equal Protection Clauses of the 14th Amendment of the U.S. Constitution. Hence, Tim Barfield in his official capacity as the Secretary of the State of Louisiana Department of Revenue, is hereby ordered to act in accordance with this court’s ruling and allow the petitioners to file their state tax returns as a couple whose marriage is valid and recognized in Louisiana. The court hereby enjoins the state from enforcing the above referenced laws to the extent that these laws prohibit a person from marrying another person of the same sex. Additionally, having ruled that the petitioners’ marriage shall be recognized by the state of Louisiana, it follows that Angela Marie Costanza has satisfied the requirement of stepparent under the provisions of La. Ch. C. article 1243, which allows for intrafamily adoption. The court reaffirms its previous decision in Adoption of (__) which declared Angela Costanza’s adoption of (__) to be in the child’s best interest. The minor child, (__), is declared, for all purposes to be the child of petitioner, Angela Marie Costanza to the same extent as if (__) had been born to Angela Costanza in marriage. As such, the court further orders Devin George in his official capacity of the State’s Registrar of Vital Records, to issue a new birth certificate naming Angela Costanza as (__)’s mother.

The State of Louisiana is hereby ordered to recognize the Petitioners’ marriage validly contracted in California as lawful in this state, pursuant to the Full Faith and Credit guaranteed by Article IV, Section 1 of the United States Constitution.

This is what it looks like when justice comes.

There is, of course, a backstory.

After the Supreme Court decision in Windsor upholding the marriage rights of Edie Windsor and her late wife, Thea Spivey, federal courts went on a roll shutting out traditionalist marital exclusionism in state after state. Starting with Kitchen v. Herbert in December, 2013, marriage equality swept through the courts on equal protection grounds; a social revolution came to an end. In April, the last of the necessary components arrived, when a federal judge finally added Article IV—the Full Faith and Credit Clause—to the spoils of victory.

Article IV is important, with a decision from Kentucky pushing ahead on Equal Protection (Amendment XIV) grounds while punting the Article IV question†. But the underlying problem of the federal Defense of Marriage Act is, in fact, its specific impudence toward Article IV of the United States Constitution‡. That is to say, Article IV is why heterosexual couples who have married do not have to remarry every time they cross a state line.

While most judges seem content to focus almost too specifically on the issues before them, Judge Rubin’s decision in an adoption case led him down a logical path that raises those two paragraphs among the most powerful in the Gay Fray.

Only nineteen days before, a federal judge in New Orleans named Martin L. C. Feldman issued a decision upholding the Louisiana ban against same-sex marriage. And while Campbell Robertson of the New York Times provides an adequate example of the conventional wisdom—

That this ruling ran counter to a wave of other federal decisions across the country in recent months was immediately noted by opponents of the ban.

—the larger punditry is strenuously avoiding the functional version of the conventional wisdom, that Feldman reached his decision by arbitrarily asserting prurient state interest. And should we consider overly specific focus, Robicheaux v. Caldwell offers an astounding moment:

Defendants counter that the laws trigger rational basis review, which is satisfied by Louisiana’s legitimate interest in linking children with intact families formed by their biological parents, and by ensuring that fundamental social change occurs by social consensus through democratic processes.

It is also worth noting that Justice Ruth Bader Ginsburg, not quite two weeks later, happened to be asked about gay marriage in Minnesota; her response focused on the Sixth Circuit, where cases from four midwestern states are soon to have their day, essentially saying the Supreme Court won’t get involved in declaring an end to the Gay Fray unless the lower courts blow it.

In that context, Feldman’s decision, while disappointing, is hardly unexpected; the proposition that the post-Windsor landscape should exhibit a dearth of ideological obstinance would have been extraordinary to the point of absurdity. Given the record, Feldman’s deviation is nearly without effect. However, it should also be noted that Feldman was able to focus almost solely on Amendment XIV, and thus empowered to attempt to craft a ruling justifying the state’s absurd argument denigrating single-parent, adoptive, and remarried families. 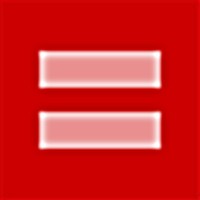 Enter Article IV. Before Judge Rubin was an intrafamily adoption issue in which the original and adoptive parent were legally married in California. The question is simple: Can the Defense of Marriage Act, or any other statute, exclude a class of marriages from the states’ obligations under Article IV, Section I, the Full Faith and Credit Clause?

The answer is obvious. But consider the content of those two paragraphs from the end of Judge Rubin’s ruling. In that tangle of legal instruction, Judge Rubin orders the State of Louisiana to:

• And, thus, under Amendment XIV, end the same-sex marriage ban.

The logic works this way: Is the marriage legal? Yes. Can Louisiana refuse to recognize the acts, records, and proceedings of the State of California? No. Therefore: Angela Costanza and Chastity Brewer are legally married in Louisiana.

Under Amendment XIV, now that these Louisiana residents are legally married under state law, the state cannot refuse such marriage to others. From there, quite simply, a state telling its residents to go to another state to get married is simply an undue burden to equal protection.

This is what justice looks like. We might mourn those who came before, who did not make it through to this day, but we can also find not simply mere comfort, but pressing and overflowing joy in looking forward to the next generation trading up to a new tomorrow. Those two paragraphs are the sublime herald of a hopeful future.

† Judge John G. Heyburn II: “If equal protection analysis decides this case, the Court need not address any others.”

‡ Article IV, Section 1 of the Constitution of the United States of America:

One thought on “Louisiana: Helping Build Family Values … and Families”