There really is no point in gloating, fretting, or prognosticating about what we’ve heard from the Supreme Court this week. Indeed, even Justice Scalia—the Great Grumpus Cat of the Supreme Court—can still surprise, and when weighing his homophobia in a tax fight, it’s hard to figure which way he’ll go.

Still, though, Chief Justice John Roberts provided an interesting, tangential branch in the discussion that some have noted.

Supreme Court Chief Justice John Roberts on Wednesday reacted incredulously to the notion that members of the Senate or the U.S. president may have been motivated to pass the Defense of Marriage Act by animus or moral objection to gay and lesbian couples. It was a window into his apparent belief that the U.S. is simply not a place burdened by such things as bigotry or racism.

When I read about Roberts’ remarks, I thought of a conservative associate who has a similar argumentative style; it is almost as if history doesn’t exist. It is a problem in our public discourse. Two people who are reasonably educated about history can have a thoughtful discussion about historical issues; it’s not the same, though, if one has to spend the whole time reminding the other of what is actually in the historical record. Obviously, the Chief Justice isn’t the only one; listen to how many educated pundits and analysts can’t seem to think back to recent history.

Steve Benen offered his consideration of the incident:

Justice Elena Kagan, for example, noted that Congress passed a law targeting a specific group. Hoping to knock down the right’s argument that DOMA was about brining uniformity to national marriage laws, Kagan asked, “Do we really think that Congress was doing this for uniformity reasons, or do we think that Congress’s judgment was infected by dislike, by fear, by animus” of LGBT Americans?

I’d hoped this was obvious, but Chief Justice John Roberts seemed quite troubled by the very idea that the Defense of Marriage Act had anything to do with anti-gay bigotry. He asked at one point:

“So that was the view of the 84 senators who voted in favor of it and the president who signed it? They were motivated by animus?”

“So 84 senators -­ it’s the same question I asked before — 84 senators based their vote on moral disapproval of gay people?”

Some were motivated by bigotry and some were driven by cravenness, but Roberts need not be deliberately obtuse about how and why the Defense of Marriage became federal law.

Kagan herself tried to make this clear, reading from the House Report on DOMA: “Congress decided to reflect an honor of collective moral judgment and to express moral disapproval of homosexuality.”

A question, then, for Mr. Roberts: Sir, you are the Chief Justice of the Supreme Court of the United States of America. Were you really unaware of what was going on with DoMA?

It’s easy enough to understand: A state court (Hawaii) found that its constitution did not prohibit gay marriages. This set off a firestorm. In response to the political uproar, Congress passed a really bad law that was not only bigoted in its intent, but openly defied the United States Constitution*. Conservatives who loathe homosexuals, and Democrats who wanted to survive their next election, passed DoMA with a veto-proof majority. And while it’s true that President Clinton should have vetoed the bill and dared Congress to override him, any president facing margins of 85-14 in the Senate and 342-67 in the House will stop to consider politics in deciding whether to sign off or force an override vote. The political climate at the time was driven by animus.

It is hard to believe the Chief Justice is so unaware, or forgetful, of history. After all, the repugnant law passed in 1996. Richard A. Serrano of the Los Angeles Times noted, in 2005 when Roberts was a nominee to the Supreme Court:

Supreme Court nominee John G. Roberts Jr. worked behind the scenes for gay rights activists, and his legal expertise helped them persuade the Supreme Court to issue a landmark 1996 ruling protecting people from discrimination because of their sexual orientation.

Then a lawyer specializing in appellate work, the conservative Roberts helped represent the gay rights activists as part of his law firm’s pro bono work. He did not write the legal briefs or argue the case before the high court, but he was instrumental in reviewing filings and preparing oral arguments, according to several lawyers intimately involved in the case.

Gay rights activists at the time described the court’s 6-3 ruling as the movement’s most important legal victory. The dissenting justices were those to whom Roberts is frequently likened for their conservative ideology: Chief Justice William H. Rehnquist, Antonin Scalia and Clarence Thomas.

So, at the time, Roberts was apparently in the trenches working pro bono for gay rights advocates.

Then again, Roberts might already have forgotten. Serrano’s report includes the point that nominee Roberts did not include the case in his response to the Senate Judiciary Committee’s request for “specific instances” of pro bono work:

Smith said the omission was probably just an oversight because Roberts was not the chief litigator in Romer vs. Evans, which struck down a voter-approved 1992 Colorado initiative that would have allowed employers and landlords to exclude gays from jobs and housing.

“John probably didn’t recall [the case] because he didn’t play as large a role in it as he did in others,” Smith said Wednesday. “I’m sure John has a record somewhere of every case he ever argued, and Romer he did not argue. So he probably would have remembered it less.”

Perhaps the Chief Justice was prodding his colleague to be more explicit about DoMA’s motives; it might just be a stylistic point about how he conducts himself. But, as Benen wondered, “Does anyone really see the need to pretend DOMA wasn’t about anti-gay discrimination?”

Well, in truth, yes, and that is what is so concerning. Over the years, discussing these and other issues with friends and associates, I keep running into this curious historical wall. It is as if some people—and, yes, they tend to have more conservative outlooks—can’t remember things that happened recently and are still going on†. 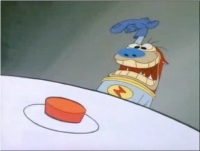 To answer Benen, then, yes, there are people who see the need to pretend DoMA wasn’t about animus. They’re called “conservatives”.

The thing is that at some level, bigots know they’re wrong. After all, if they truly believed they were right, why not stand up and make the point? How dare we call bigotry by its name? Why fight back against the label? If they’re right to be bigots, then they ought to be proud bigots.

But that’s not how things work in practice. Conservatives like to hold certain positions, but don’t like to face up to the implications of those ideas‡. So just like the racists of my youth who tried to pretend the Ku Klux Klan was a noble organization aiming to prevent widows and orphans from being victimized and all that§, homophobes now want to invent some noble myth to represent their movement.

When we are ignorant of history, these myths and excuses might actually seem reasonable and even palatable. But even in giving the Chief Justice a benefit of doubt, his approach still seems strange. The historical record is quite clear, and equal consideration of both sides does not mean one should ignore that record. The idea that DoMA was not about animus is absurd, since the point is spelled out explicitly in the House report. And this shouldn’t be a foreign idea to the Chief Justice, because he was in the trenches at the time. Giving even the little time he did to the argument actually inflates its significance and lends it at least a modicum of credibility when, in fact, it has no credibility and therefore should not be of any significance in the current consideration.

So this is not really about ripping the Chief Justice for putting a useless political myth on the Court record, but, rather, a consideration of a problem in our public discourse. That such a phenomenon should exist in cable news and blogs is not surprising; the television networks are driven by financial considerations, and bloggers are, well … yeah. Bloggers.

But it is a little unsettling how this phenomenon works its way into policy and juristic considerations. To the one is the maxim that forgetting history condemns a people to repeat it. To the other is the idea that one party in a dispute should rely on ignorance of history in order to validate themselves.

* Amendments V, X, and XIV are all in play; the Obama administration stopped defending DoMA after it lost Gill on Tenth Amendment and Equal Protection grounds. The cases before the Court are essentially Due Process and Equal Protection issues. But where is Article IV, Section 1 in all of this? I’m having a hard time finding it on the map, which suggests that marriage equality can lose for winning, as Section 2 of the Defense of Marriage Act, which refuses IV.1, might emerge unscathed.

† It is sad to admit, but I recall some conservative associates actually claiming that President Obama ordered the invasions of Afghanistan and Iraq. I would have thought it obvious what it means to say that these are now Obama’s wars, but how can the guy who criticized liberals all the way up to January, 2009, for not adequately supporting the wars because they didn’t like President Bush turn around shortly thereafter and say President Obama ordered the invasions? Sometimes it seems not so much like a failure of mental faculties as calculated clodhopping in hopes that everyone else will forget history, too.

‡ Perhaps it is a depressing and ghoulish example, but as a more liberal associate once criticized the anti-abortion movement and its argument over exceptions, “It’s a child, not a choice—unless you were raped?” And, well, we see what trouble reconciling that point causes Republicans. But to my associate’s point, the fact of rape shouldn’t affect the life-at-conception argument; the conservative acknowledgment of a rape exception in their anti-abortion policy outlook was mere aesthetics reminding that their argument really isn’t about “life”. To the one, we might note the courage of Republican candidates like Richard Mourdock and Todd Akin; to the other, well, an honest representation of the policy outlook doesn’t sound so good. There are aesthetic reasons for ducking the implications.

§ You know, because that trumps the white supremacism and lynchings, apparently. It reminds me of a man I knew some years ago; you could point to his virtue as a well-educated lawyer and churchgoing father who took part in foster parenting in order to help abused and underprivileged kids, but if we omit the fact that he turned out to be a child molester, we’re only getting part of the picture.