One of the problems with the infotainment industry sector known as cable news is that it is, well, entertaining. Even when they’re not trying to be. To wit, during post-Irene coverage, a CNN anchor whose name escapes me, with a turd-under-the-nose blueblood sort of posture and delivery, was trying to cover first the people who were dumb enough to stay on outlying islands to the result that 2,500 of them are without road access to the mainland for perhaps two weeks. And then he tried to manage an interview with a woman who was among twenty-three stranded in a rural area of New York. The whole sequence was macabre.

But then there are the deliberate entertainers, the punditry hosts who raised FOX News to dominance or transformed the inept MSNBC into a GOP fundraising bogeyman. The persistent, even seemingly teflon Keith Olbermann has landed on his feet at Al Gore’s network, Current, with a version of Countdown that sounds much the same, and only looks any different as a matter of budget. And yes, we know Keith is politically active and wears his bias on his sleeve. Yes, we know how conservatives loathe him. But it’s so much more fun when he tells the latest story of FOX News’ Bill O’Reilly, himself a lightning rod of such comedic scale that you can’t write this kind of fiction. Mr. O’Reilly topped yesterday’s “Worst Persons in the World” list, and Olbermann clearly enjoyed the hell out of explaining the logic behind that:

You may recall years ago before he was fired from his syndicated radio show, that a caller mentioned my name to O’Reilly and he responded by saying that the caller’s name would then be turned over to Fox security, and soon he’d be receiving a little visit from the police. You may also recall there was a little problem with Bill and one of his producers, and his phone calls to her about three-ways and loofahs, and improbably about falafels.

Today, the two topics merged into one. This is going to be easier if I just read the first paragraph directly. Shall I?

“Last summer, Fox News anchor Bill O’Reilly came to believe that his wife was romantically involved with another man. Not just any man, but a police detective in the Long Island community they call home. So, O’Reilly did what any concerned husband would do, he pulled strings to get the police department’s internal affairs unit to investigate one of their own for messing with the wrong man’s lady.”

Gawker has identified the Nassau County Internal Affairs Unit detective actually assigned to investigate Billo’s alleged cuckolder. “The source provided contemporaneous e-mail traffic to support his account. He told me, ‘You’ll never guess what happened to me the other day. Do you know Bill O’Reilly?’ I got called into my boss’ office saying they wanted me to meet with these two PIs”—that would be Private Investigators—”working for O’Reilly to go over some information because a detective was having an affair with O’Reilly’s wife.”

He’ll turn this over to Fox Security! He’ll be receiving a little visit from the local authorities!

“The investigation was highly sensitive for two reasons, the source said. One, it was ordered directly by then-police Commissioner Lawrence Mulvey, and, two, O’Reilly was at the time considering making a major donation to the Nassau County Police Department Foundation, a private, not-for-profit foundation Mulvey helped found in 2009 to raise money for construction of a planned $48 million police training facility at Nassau Community College. These internal affairs cops were on the case at the behest of Mulvey in order to get O’Reilly’s funds,” the source said.

Unfortunately Gawker not only has records of Mrs. Billo buying her own house down the street from the family home, and being removed as a director of the O’Reilly Family Foundation, but the Nassau Police Commissioner kind of confirmed the investigation when he told them, “I don’t know if the investigation is ongoing or concluded,” Mulvey said, “so I wouldn’t comment.” You just did.

END_OF_DOCUMENT_TOKEN_TO_BE_REPLACED

Juxtapositions are often fun. Dramatic sarcasm, all sorts of punch lines. It does help, though, if the pairings are not arbitrary.

David Horsey, the Pulitzer Prize-winning cartoonist for SeattlePI.com, considered yesterday the domestic politics of the American role in Libya. And while the article actually is quite interesting, part of his advice for liberals struck me as odd:

… the vision of neo-cons like Paul Wolfowitz was not as wrongheaded as many on the left contend. In the 1990s, Wolfowitz and others in conservative think tanks developed their own domino theory: a move toward democracy in one Arab country would lead to a toppling of dictators in many Arab countries. Yes, trumped up excuses were used to justify the Iraq War in an attempt to start the dominoes falling, but that does not change the reality that the theory has proven to be correct.

The idea of a domino effect is not in itself absurd, that much is true. But Wolfowitz, PNAC, and other neoconservative hawks pushed for a belligerent imperium; the idea that the United States could foment this change through belligerent agitation of the Muslim world is a bit less clear. Indeed, the proposition at least equally risked increasing anti-American sentiments not only in those nations, but also at home and around the world.

We might, then, juxtapose Horsey’s proposition against a certain other notion—that the Arab Spring came about in large part because of economics. In April, the Financial Times opined:

The fundamental dysfunction of Arab countries is that of the rentier state. In oil- and gas-rich countries, natural resources return far more than it costs to extract them. Capturing and controlling this surplus – economic rent – is the chief source of enrichment, hence both the means and the end of power. Meanwhile the tragedy of resource-poor Arab countries is that they create rent artificially when nature has given them none. Monopolies, regulation and bullying all serve to limit access to productive activity, which generates fantastic rewards for a favoured few at the cost of holding back whole nations.

Whatever the source of the rent, the rentier economy is a vicious cycle in which the concentration of economic opportunity and that of political power fuel one another. This is why dignity and livelihood are inseparable in the demands of the excluded Arab majorities that have finally raised their voice. It is also why the political revolutions across the region will succeed only if matched by economic transformations. Even as Egypt and Tunisia grope for political transitions, the economic challenge is urgent.

END_OF_DOCUMENT_TOKEN_TO_BE_REPLACED 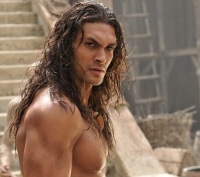 Did you ever have one of those moments when something so obvious sticks out that you nearly lose an eye to it, but at the same time it’s so damnably stupid you almost don’t want to tell anyone about it because, well, it’s just that stupid?

Such is the case with John J. Miller’s lament about the newly-minted Conan movie:

As a fan of Robert E. Howard and his character Conan, I’m of course looking forward to seeing the new Conan film. But I can tell the producers already have made one major mistake: It’s rated R. How dumb is that? My son, who has read and enjoyed dozens of the old Marvel comics, almost certainly won’t be seeing it now. The film should have been PG-13. My guess is that it will struggle commercially just because of the rating–and old-timey fans of the original stories will grumble for another generation about how Hollywood messed up.

I mean, where do you even start with that?

END_OF_DOCUMENT_TOKEN_TO_BE_REPLACED

It’s a story that has been making its run around the internet, and, well, why shouldn’t it? But the way Ciena Madrid tells it strips bare the insane sense of non sequitur between proposition and resolution:

Speaking of parking lots trolled by the unappreciated, today brings the story of Travis Keen, a 28-year-old Louisiana man arrested and charged with obscenity after a witness reported seeing him driving around a Wal-Mart parking lot with his penis out and at full salute. When confronted by police, “Keen stated he was trying to see if he fixed his power steering in his car,” the police report says (courtesy of the Smoking Gun). “I advised Keen about what I was told by the witness. Keen then stated that he did have his penis out because of past experiences he had at Wal-Mart. Keen stated when he comes to Wal-Mart, he gets aroused.”

I mean, sure, we have before encountered the idea of pastaphilia, but no, I have nothing for this. I mean, think about it this way: everyone else is chuckling about the idea of a Walmart fetish, and I’m still trying to figure out the connection between the power steering and the Walmart in particular.

Via the Houston Chronicle:

“If you spend any time on our highways, you will see a vehicle with a bumper sticker that says ‘Secede’. Shocking, I know. But some Texans think of secession the way you think of a threeway: interesting idea, but it probably won’t happen in this lifetime.”

END_OF_DOCUMENT_TOKEN_TO_BE_REPLACED

One thing I can say is that I really enjoy the nifty pictures that go with science news. But that’s beside the point. James Gallagher of the BBC brings the news:

Scientists have discovered how cancerous cells can “elbow” their way out of tumours, offering clues for new drugs to prevent cancers spreading.

They say they have identified a protein called JAK which helps cancerous cells generate the force needed to move.

Writing in Cancer Cell, they say the cells contract like muscle to force their way out and around the body.

When cancers spread, a process known as metastasis, they become more difficult to treat, as secondary tumours tend to be more aggressive.

It is thought that 90% of cancer-related deaths occur after metastasis.

Go Team Human. Here’s to beating that JAK off.

With the occasional exception of wars and disasters, most big, exciting headlines eventually prove disappointing. This is, of course, because readers grant the headline or lede too much credit and, when the detail mitigates the happy rush, well, we are disappointed.

In a potential breakthrough in cancer research, scientists at the University of Pennsylvania have genetically engineered patients’ T cells—a type of white blood cell—to attack cancer cells in advanced cases of a common type of leukemia.

Two of the three patients who received doses of the designer T cells in a clinical trial have remained cancer-free for more than a year, the researchers said.

Experts not connected with the trial said the feat was important because it suggested that T cells could be tweaked to kill a range of cancers, including ones of the blood, breast and colon.

“This is a huge accomplishment—huge,” said Dr. Lee M. Nadler, dean for clinical and translational research at Harvard Medical School, who discovered the molecule on cancer cells that the Pennsylvania team’s engineered T cells target.

Findings of the trial were reported Wednesday in two journals.