END_OF_DOCUMENT_TOKEN_TO_BE_REPLACED

Many believe that there is no such thing as bad press, and perhaps in the case of Old Navy, the axiom still holds true. For my part, though, seeing an advert like that does not inspire me to shop at Old Navy. Indeed, it reminds me why nobody should ever shop there, for anything, for anyone, or for any reason.

Old Navy can hang itself, for all I care. If it went away tomorrow, the only reason I would notice would be that the world suddenly and mysteriously got better. As such, it is in a class not of its own, but alongside FOX News, Levi Johnston, and Chevrolet. That is, I don’t attend any of these things, but I would probably notice when their worthless spectres finally disappeared from the world.

Step away from the goddamn booty, indeed. 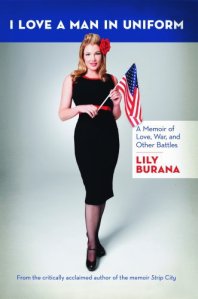 Lily Burana decided, for some reason, that Anne Rice’s recent decision to quit being a Christian meant she needed to tell us her life story.

At some point when I wasn’t looking — I was distracted by punk rock, alt.feminism or maybe yoga — the dominant tenor of Christianity became almost unbearably shrill. As America in general became more stratified along religious and political lines, I slunk to the margins, caring less and less. Now, something rebellious and itchy has awoken in me, and I care a lot. Despite the frequent impulse to just keep quiet and hope that someone will rescue Christianity for the rest of us, I want to engage. Even if I have to start a lot of sentences with “I’m a Christian, but…” Even if I end up sounding like a two-bit Anne Lamott with anger-management issues.

After all, the self-satisfied and self-righteous have come for me, too: “YOU, a Christian? With those politics? With that past? Not with those go-go shorts, missy, your Queer Nation stickers, your unrepentant cursing, and your premarital everything.” I knew they’d show up, those stingy, uncharitable moral goalkeepers, with their underlined passages in Leviticus and their pointy-finger God. It just ain’t a Jesus party without this particular turd in the spiritual punchbowl. Maybe it’s the believer’s rite of passage — until you’ve encountered this type and had them declare a fundamental component of your identity an “abomination,” you kind of haven’t lived. The challenge is to have your faith tested this way and not blink.

And it’s testimonies like these, and Rice’s announcement via Facebook, that remind us so acutely that faith is something best kept between the believer and God.

Having run the religious gamut myself (I’ll skip the liturgy) the one thing I can say, after years of discussions both spoken and written, countless observations of diverse people’s behavior, and witnessing the train wreck that “Christianity” has become in our public discourse, there is no greater testament against conversion to faith than the faithful themselves. Seriously. In the name of Christ, she’s no longer a Christian? Or Anne Rice can leave, but Lily’s staying?

How about, fuck off?

Really, how is it that alleged Christians can rally behind lies as a call to arms? How is it that a Christian conscience can advocate torture? How the hell can a bunch of homophobes rally up behind gay preachers denouning homophobia? Perhaps it has something to do with the static superficiality of the discourse. No, seriously: This is what it comes to?

Why should we care? Aren’t there better things to worry about? Oh, right, here’s why we should care: 76% of American adults identify as Christians, according to Wikipedia. That’s a three to one margin over all other religious outlooks combined. This is the driving moral and philosophical force in American culture and thought, and this is what it’s come to?

Why would anyone ever want to be like these people?