The restructuring of society taking place, in the direct interests of the corporate-financial elite and at the expense of the working population, is not occurring unnoticed. The American and international working class will inevitably find itself drawn into struggle against the present, untenable form of social organization.

Hiram Lee invokes a recurring fantasy of the left, and while I do not scorn the underlying sentiment, I admit to a certain cynicism. Perhaps in other places around the world, populist anger might bring down governments, but the prestige and wealth of the United States is such that Americans are wary of risking it all for an unproven thesis. 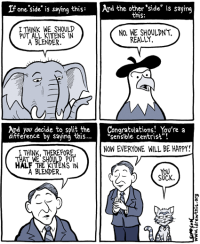 Social Security and Medicare faced stiff opposition from their moments of conception, and many of the same arguments that have persisted through the decades found new voice in the hard-line opposition to health care reform that denounces a mandate to give money to private organizations as a socialist government takeover of the industry. The Wall Street bailout, too, has inspired similar anger, though we all know those same complaining voices would still complain if Congress and then the incoming Obama administration chose to do nothing. Over and over again, people buy into Ragged Dick fantasies and convince themselves that they, too, can scale the pyramid. If someone explains how the socialist government takeover of the auto industry has made real Americans angry, ask them what they would have said when allowing the auto industry to collapse added ten percent to the unemployment rate. Ask them whether they would prefer to pay for all the homeless people through welfare, or the costs of the justice system and prison industry. And if they complain about the health care bill, tell them to cheer up, because in a compromise with the industry, Congressional Democrats and the Obama administration alike have agreed to sacrifice 135,000 Americans by delaying the bill’s strongest measures three years.

Lee considers three studies suggesting the toll of American economic trouble and examining the political turmoil. Ninety-two percent of Americans apparently give the economy a negative rating. I would like to meet that other eight percent. Seventy percent report trouble with jobs and finances. Fifty-four percent report joblessness in their household.

Trouble with medical care and housing expenses, creditors and collectors in pursuit, credit denied. 44% of those earning $30,000 or less had difficulty finding medical care; 11% of those making over $75,000 reported similar challenges. The numbers are similar for rent and mortgage issues. Nearly half expect job-related financial challenges in the nxt year. A quarter expect to see their pay cut, and about the same foresee a layoff in their near future. Jobs are harder to come by close to home, and long-term unemployment is as high as it’s been in sixty-five years. Nearly three and a half million people have been out of work for over a year.

Meanwhile, Americans increasingly look down at their government. Less than a quarter believe the govenrment can be trusted. Forty-three percent believe the government negatively affects their life on a daily basis. But the government is not alone. While sixty-five percent say the government has a bad effect on the direction of the nation, nearly the same number hold similar sentiments toward large corporations (64%), and even more when considering financial institutions (69%). Fifty-seven percent disdain the effect of the national news media, and nearly half denounce labor unions.

Paranoia grows, as well. Over sixty percent see a major problem in how unfairly public policy benefits some groups, and fifty-six percent think “average Americans” are getting shafted. Lee considers:

Taken as a whole, the Pew studies from March and April offer additional insight into the growing social misery under conditions of the worst economic crisis since the Great Depression, and the outrage it is generating.

Wide layers of the population, who have seen trillions of dollars funneled from the public treasury into the coffers of Wall Street executives while their own living standards have been assaulted, their jobs slashed, their children’s schools closed, and vital social programs such as Medicare cut by billions of dollars, have no faith in the US government to secure their most basic social needs.

The corporate-controlled news media, along with the major institutions overseeing the nation’s educational needs and basic food and medical resources, are considered corrupt and untrustworthy, contributing to the suffering of millions.

It’s not that I would dismiss Lee’s outlook, but if those numbers don’t inspire some genuine progress, one wonders what will. I, too, look to the people, having written before that the proper Revolution will not require bloodshed, but come about naturally. 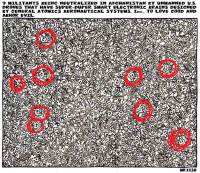 But Americans only move to the left when they have no other direction to go. It is a transformation that comes about as a last resort. Democratic Party supporters and sympathizers may have whined and moaned for years about the Iraqi Bush Adventure, and the aimless endeavor in Afghanistan, but where have American liberals been? It’s only a few among us that have gone out to fight for peace, to block the roads and face arrest for slowing weapons shipments by all of five minutes. There is no massive backlash against the politicians who got us into these warring disasters. And the great protest against the condition of the economy opposes government efforts to keep our ship of of state afloat. That is, the greater revolutionary potential is the regressive Tea Party. Frank Rich° struck the point last month, after the health care vote, when he explained:

It’s not happenstance that Frank, Lewis and Cleaver — none of them major Democratic players in the health care push — received a major share of last weekend’s abuse. When you hear demonstrators chant the slogan “Take our country back!,” these are the people they want to take the country back from. 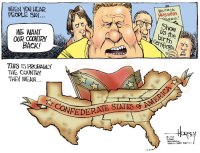 Before we ever see a revolutionary spasm of American liberalism, we are likely to witness the ugly revolt of Americans dreaming some half-witted fantasy of the status quo. This is because the middle class, with its bourgeois aspirations, suffers a malady both predictable and observable. The bourgeois luxury is one of fear. That is, the middle class brings with it a specific set of fears that make sense in a proximal and visceral context, but look odd when viewed from afar. Labor actions among Americans often look silly as we argue about pensions, IRAs, 401(k) accounts, and wages that surpass in a week what some people around the world can expect to make in a year. The Seattle area just emerged from a brief sanitation strike as the company and union agreed to resume mediation. I promise you that a Chinese laborer making Microsoft technology amid sweatshop conditions would very much adore whatever contract Waste Management is offering.

But these are the United States of America, and not some tyranny or backwater we depend on for cheaply-made clothing and electronics. The American middle class fears for stock portfolios, retirement accounts, and real estate holdings. They fear becoming the working class, prefer petit-bourgeois illusions of empowerment to proletarian hope. The American middle class can afford to fear for luxury; this is why I am cynical about Lee’s classist truism. Inevitability can take its own sweet time arriving. Meanwhile, we are more likely to see a conservative revolt than any sort of liberal or progressive revolution. Because change is scary. So much so that many Americans are frightened of the idea of having access to proper medical care. 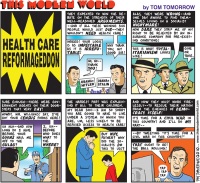 Challenging times, indeed. I remember in my youth conservatives complaining about declining standards of education, and as part of that solution—at least in Texas—seems to be beating kids with sticks, we should not be surprised at the irony that those declining standards, including a lack of critical perception skills, foment conservative outrage. A superstitious bandwagon, like that of the Tea Party, is easy. No real facts are required; critical thinking is disdained. But the failures of liberal revolutions to spread around the world is at least partly attributable to the complexity of the ideas. Scaring people is easy: the gays are coming for your children; the terrorists are coming for your children; the government is coming for your children and your pocketbook. The counterpoint is not so easy. Even the Apostles could figure it out (see Acts 4.32-35), but they were bound together by faith in superstition. In our cynical modernity, people need something more logical, except that the logic is often cumbersome, and thus frightening, compared to comfortable, traditional superstition.

The challenge for the political left, then, is best approached with long-term solutions. The revolution must come from the people; it cannot work top-down. As such, the first challenge in a society of democratic ambition is that the people must understand the issues they voice. A socialist restructuring of society can no more function amid superstition than Galen of Pergamum perform psychotherapy. In order for the people to properly and reasonably consent to such a dramatic sociopolitical reformation, they must first understand its nature and implications. Fears of Mao and Stalin cannot be allayed until the revolutionary left demonstrates that they understand the errors of history, and explain to the people in terms easily understood how proper socialism can avoid such outcomes and help realize the ambition of genuine democracy. Until then, you might as well try to sell the Darwinian outlook to Curtis Lee Laws. And therein lies perhaps a loose analogy. Following Origin of Species and Descent of Man, some made absurd arguments tailored to the Darwinian evolutionary concept, including efforts to prove that Africans were less evolved than whites, or the development of a beauty index for identifying attractive women. With that kind of idiocy flying around, why would anyone take evolution seriously?

Education is the key. People will not move to the left until they understand the reasons why. They will not understand if they do not know how to understand. In an era where facts are declining in value, this does not propose any sinister partisan education. This is not about teaching young children political slogans by rote. Rather, it is about helping people to think for themselves. We do not need more propaganda. We need more rational thought, logical reason, and critical distinction. Without it, Lee’s prophecy is for naught. Sure, it might come true, but few Americans will genuinely care.
____________________
° Frank Rich — Yeah, I know. But I have to stop giving the guy so much flak; his average is coming up of late.